SESSION OF THE SCIENTIFIC AND TECHNICAL COUNCIL ON THE TOPIC “OIL REFINERY, PETROCHEMICALS, GAS STATIONS” 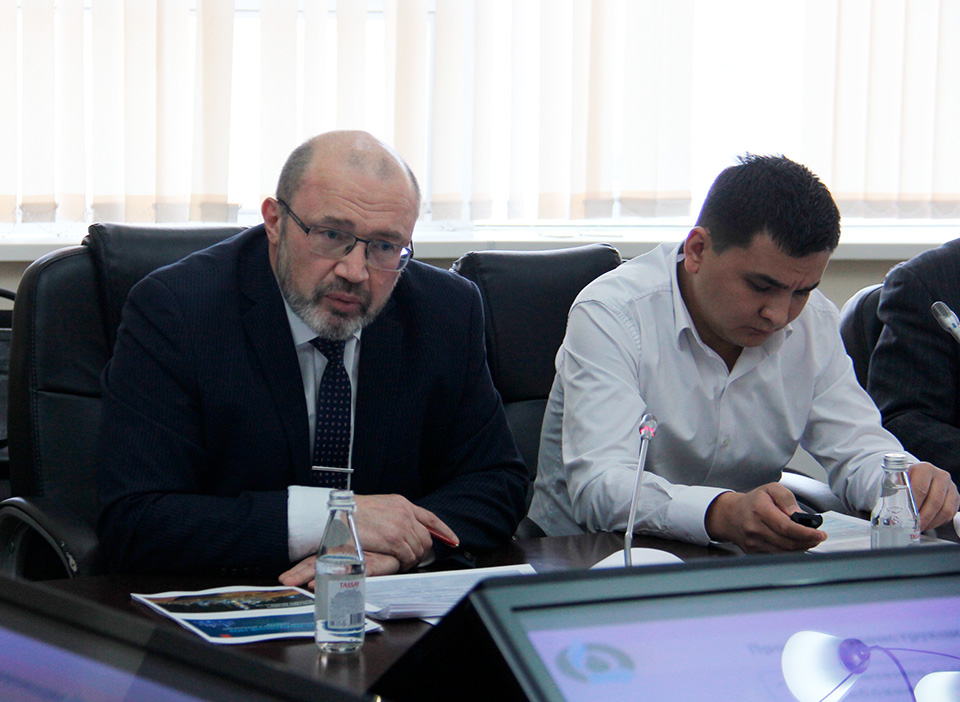 The agenda of the meeting included topical issues in the development of petrochemical industry, reports on oil refineries in the country's Atyrau Refinery and Pavlodar Oil Chemistry Refinery, conceptual approaches to the implementation of the block-modular refinery project, and the production of motor fuels of the environmental class K-5 at the “Kondensat” JSC refinery.
From the report of the director of the department of technical development of “KazMunaiGas EP” JSC, Oleg LYZLOV it became known that the goals and tasks of modernization of the refinery are to increase the processing depth and total capacity of the refinery of the Republic of Kazakhstan to 16.5 million tons of oil per year, to meet the domestic demand for petroleum products in full assortment, improving the quality of motor fuels to environmental standards K4 and K5, in accordance with the requirements of the Technical Regulations of the Customs Union, reducing the load on the environment with the application of improved moto low fuels with carcinogenic substances.
Within the framework of the meeting, “ATEK Aziya” and Chemex Modular jointly presented the concept of block-modular construction of petrochemical facilities and key steps to implement the basic project of a modular refinery.

Yerkin Suleimenov, deputy chief engineer for the Atyrau Refinery technology, told the audience about the reconstruction of the Atyrau Refinery. After the first stage, modernization of production facilities was carried out, the necessary level of environmental safety was ensured, the production of motor gasolines of ecological class K-2, high-octane gasolines AI-95, AI-98, diesel fuel of ecological class K-3, 4, and the possibility of production of hydro-purified reactive fuel RT. The complete reconstruction of the plant will increase the plant's balanced capacity to 5.5 million tons per year, increase the production of high-grade gasoline from 47% to 100%, increase the depth of oil processing to 85%, improve the quality of motor fuels to the ecological class K-5, and organize additional workplaces.

Alikhan ABILDINOV, the leading engineer of the technical department, made a presentation on the modernization project of Pavlodar Oil Chemistry Refinery. The plant will start production of motor fuels of ecological class K4, K5 in accordance with the requirements of the Technical Regulations of the Customs Union. During the implementation of the Project, modern and advanced technologies of oil refining from the world's leading licensing companies.

Arman SATIMOV, Adviser to the Chairman of the KAZENERGY Association, noted that one of the directions for updating the roadmap for problematic issues and developing system solutions for the oil and gas sector of the Republic of Kazakhstan is the Refining, Petrochemicals and Marketing section headed by Oleg LYZLOV, this section identifies problems in this area. In addition, Satimov noted the seminar held by the Association KAZENERGY together with the Japanese Trade Association ROTOBO in December last year. Japanese companies actively participated in the development of infrastructure, since 1997 - the Marubeni Consortium was successfully formed on the reconstruction project for the Atyrau Refinery, the Mitsui-Mitsubishi-Toyo engineering Consortium for the Mangistau Refinery Project, and other projects with Japanese participation.

At the end of the meeting, the members of the STC made their suggestions and comments on the most significant aspects that should be paid attention to the development of the country's oil refining sector.
18 March 2020 Announcement on extending the deadline for submission of applications to the Stu...
16 March 2020 Mode of operation
12 March 2020 Sectoral Commission on Social Partnership and Regulation of Social and Labor Relations...
11 March 2020 On March 11 of the current year, the Chevron company office in Almaty hosted a d...
Сomment