How to get a major bid?

18 October 2017
Problematic issues of local oilfield service companies associated with their participation in large oil and gas projects in Kazakhstan were discussed in Atyrau on October 17, 2017 in the course of a visiting session of Oil and Gas Industry Committee under the Presidium of the National Chamber of Entrepreneurs “Atameken”

The meeting was attended by the leadership of Atyrau Oblast, Kazenergy Association, Tengizchevroil, NCOC and representatives of oilfield service companies.

Closed bidding procedures of large-scale operators, absence of tender announcement and reasons for rejection and contract award protocols; availability of preferences in subsoil use contracts, which put Kazakhstan suppliers in unequal position with respect to foreign suppliers during tenders: these are the main barriers domestic oilfield service companies are facing as they attempt to participate in the bidding process. 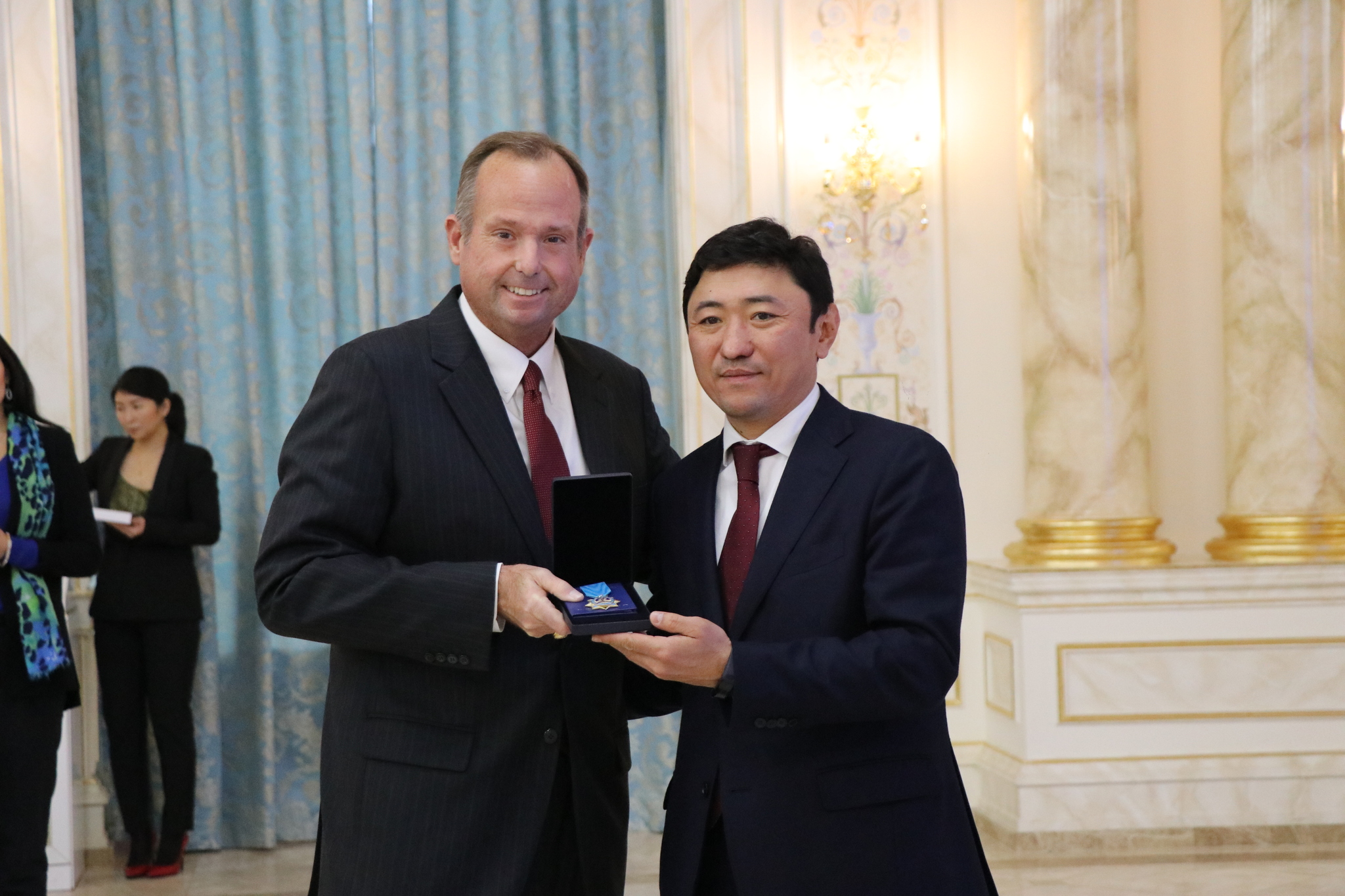 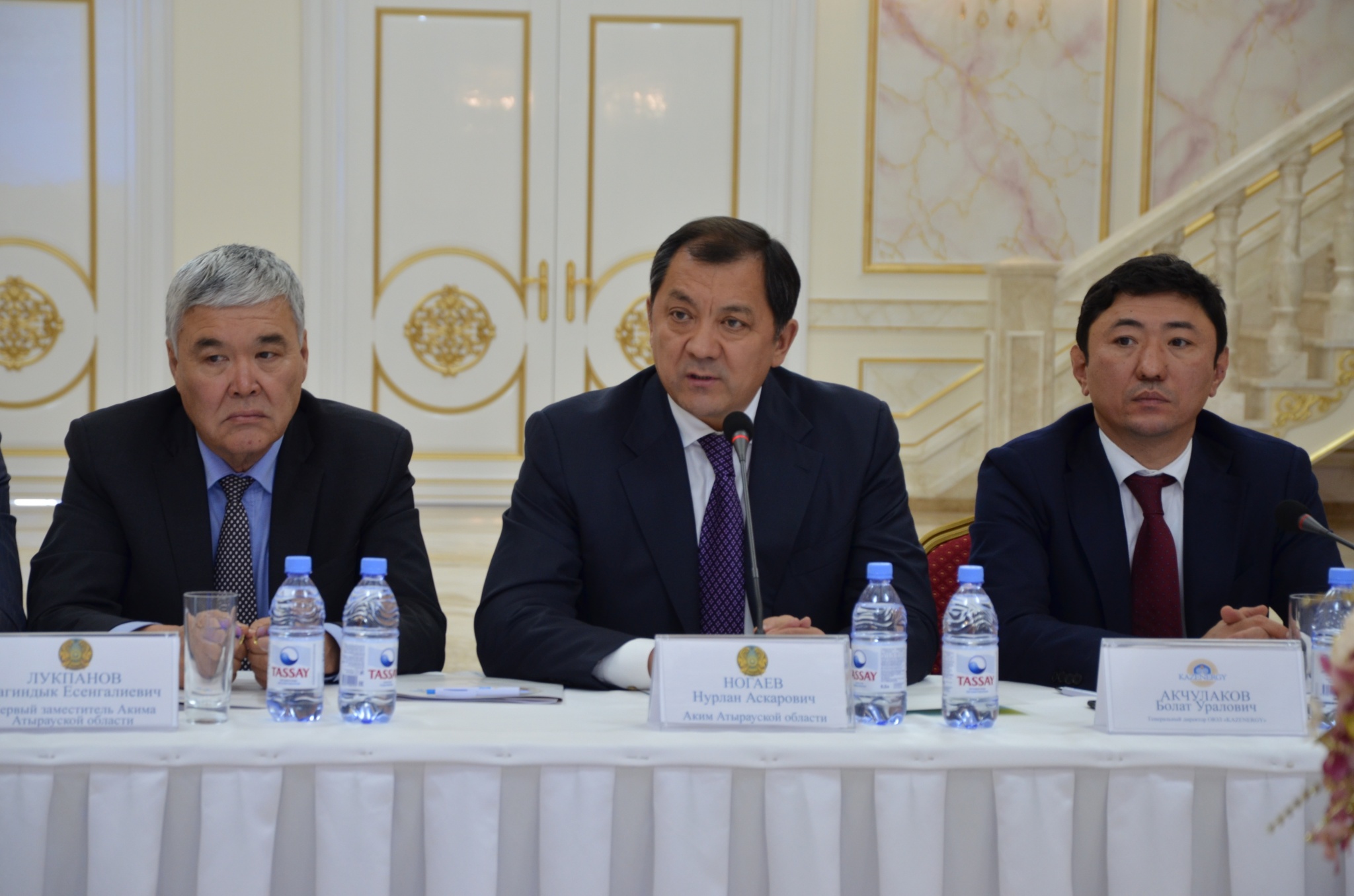 According to production sharing agreements for the largest fields such as Tengiz, Karachaganak and Kashagan, their operators apply a closed system of procurement of goods, works and services. This provision leads to the following consequences: procurement plans provided by subsoil users to the Ministry of Energy are not updated when the operator adds a change. As a result the data differs from actual tenders; manufacturers and suppliers are not able to plan the workload of their capacities. Principles for selection of bidders are not clear for prequalified Companies listed in the vendors data base. Companies that have not received an invitation are not aware of the status of the bid. In addition, companies cannot determine the area for development and improvement (“work out the errors”) as they do not know reasons for rejection of their bid application, said Niyaz Zhumat, Project Manager of the Kazakhstan Union of Service Companies.

In addition, the above agreement, operators and direct suppliers for Tengiz, Karachaganak and Kashagan are exempted from customs duties and VAT on imported goods. Although suppliers are not divided to Kazakhstani and foreign ones the effective tax legislation places Kazakh suppliers at disadvantage.

Kazakh manufacturers and suppliers are obliged to pay customs duties and VAT that directly and negatively affect the cost of goods supplied and, consequently, prices in tender applications, underlined Niyaz Zhumat.

In order to resolve issues raised by the participants it was proposed that the National Chamber of Entrepreneurs "Atameken" submit a request to the management of Tengizchevroil and NCOC N.V. to clarify bidding procedures in terms of announcement of scheduled tenders, indication of  reasons for rejection of bid applications and contract award protocol.

In addition, the RoK National Chamber of Entrepreneurs "Atameken" in conjunction with the Kazakhstan Union of Service Companies, Ministries of Energy, National Economy and Finance will set up a working group dealing with release of Kazakhstan suppliers of TCO, KPO, NCOC Operators from customs duties and VAT on the supplied components subject to availability of a direct contract.

The Tengiz Future Gross Project and start of Kashagan is a big step in the development of the domestic oil and gas industry and an incentive for the Kazakh oilfield service, the meeting participants emphasized. In this connection, Executive Secretary of Atameken NCP Kuanysh Baltabaev offered to improve the quality of services of local oilfield services in such areas as design, engineering and geophysical services as they represent a huge potential for the domestic economy.

"Today, the market of oilfield services in Kazakhstan is divided into 5 main segments, the local content share in which is cumulatively equal to 60%. However, while in the construction and drilling segment the local content shares are 87% and 64%, respectively, the same share in design and engineering, geophysical services is as low as 14% 16%, respectively. I believe that these areas possess a great potential for the domestic economy. It is necessary to improve the quality of Kazakhstani oilfield services in these segments increasing the competitiveness of domestic companies, said Kuanysh  Baltabayev.

At the end of the meeting KAZENERGY Association General Director Bolat Akchulakov awarded medals for the development of the national oil and gas industry to a group of Atyrau businessmen. 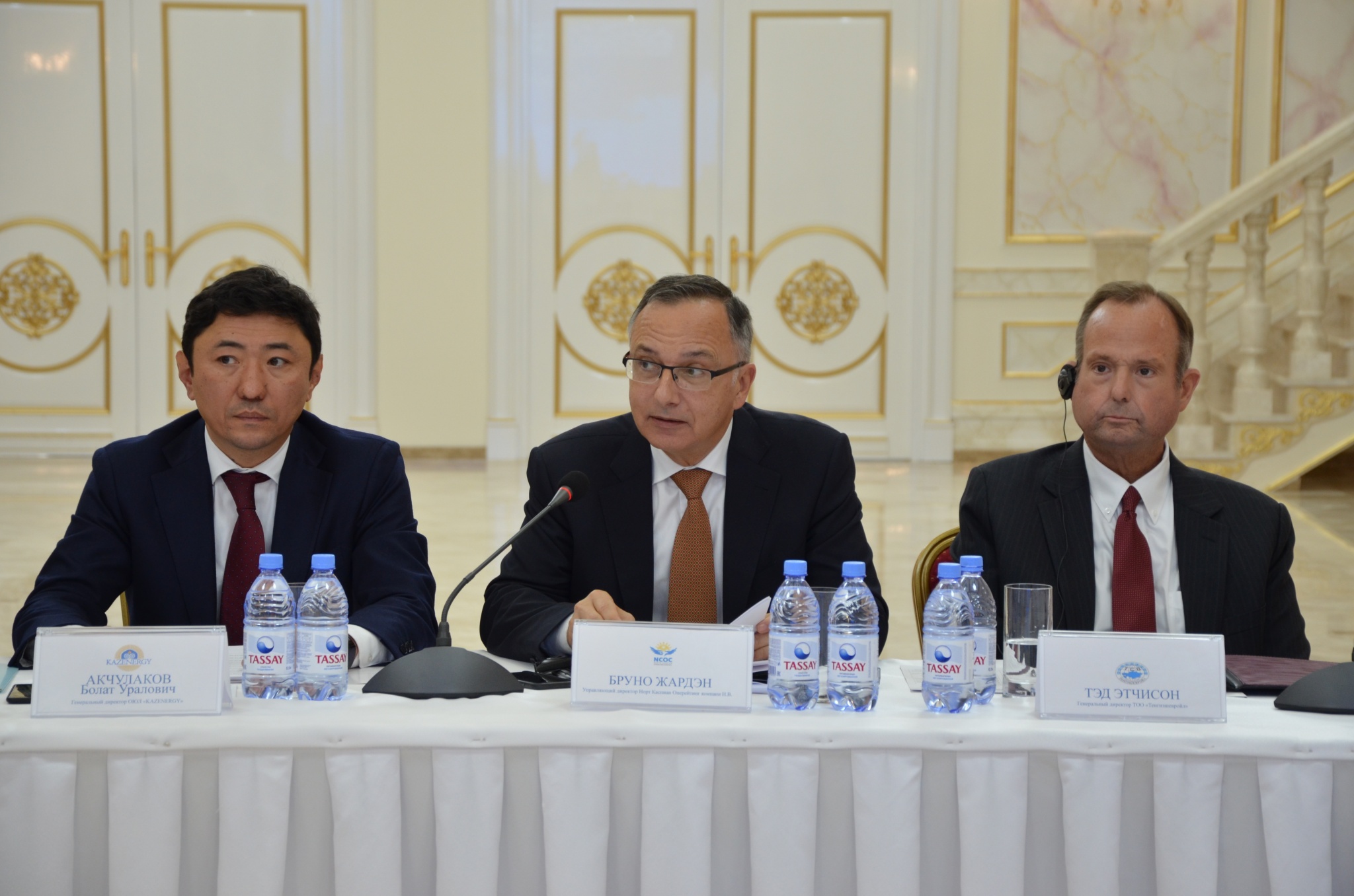 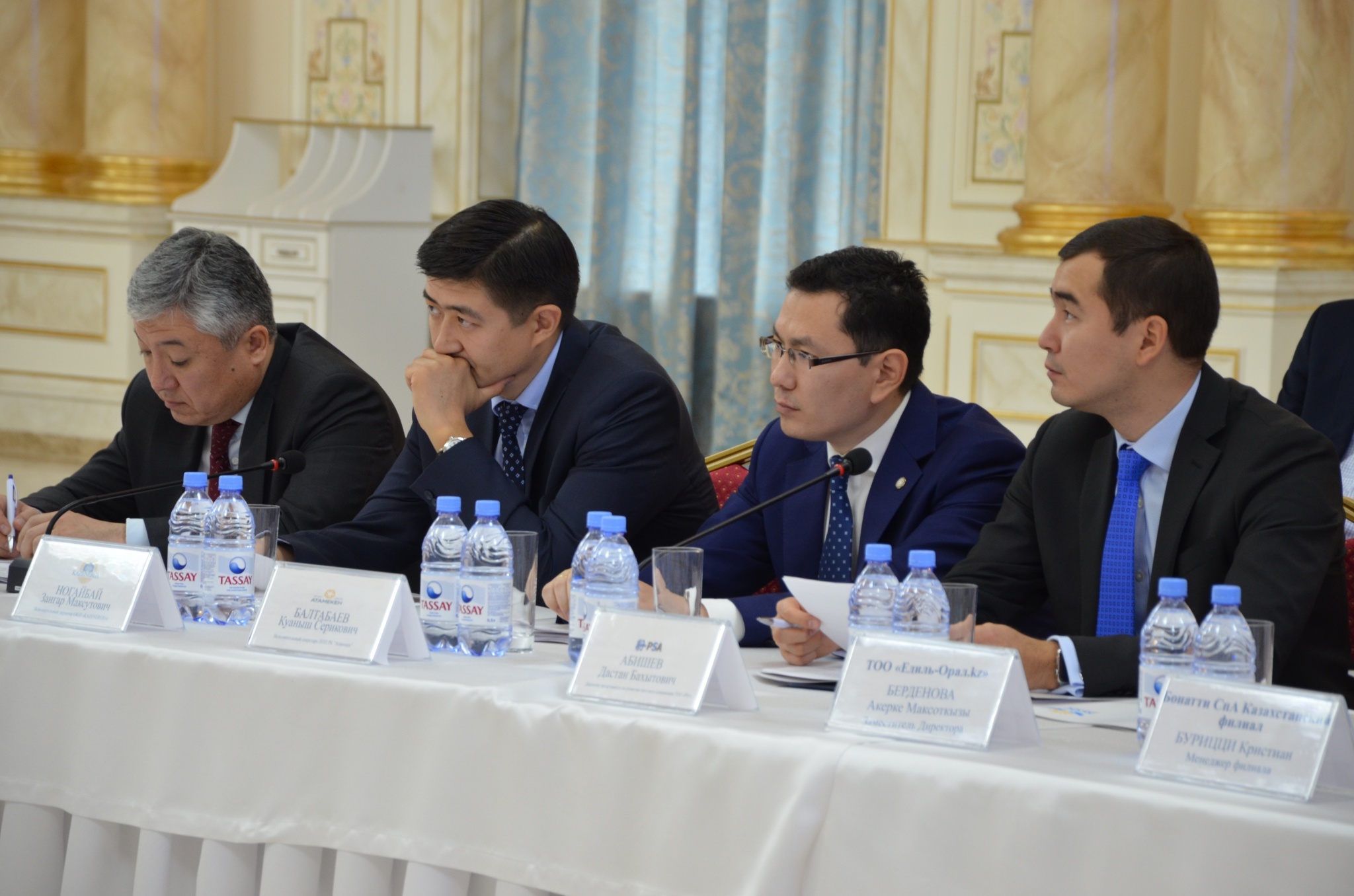 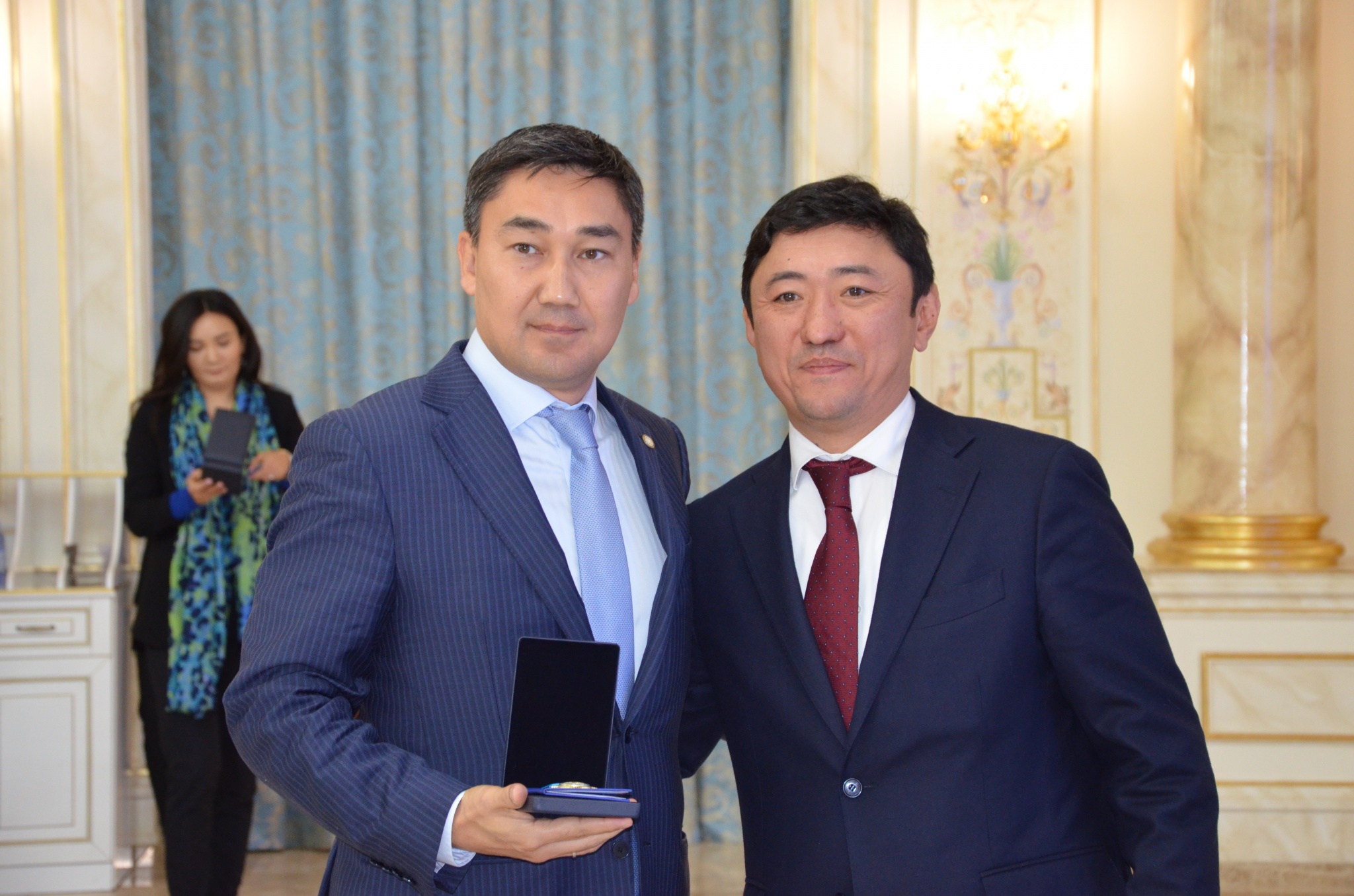 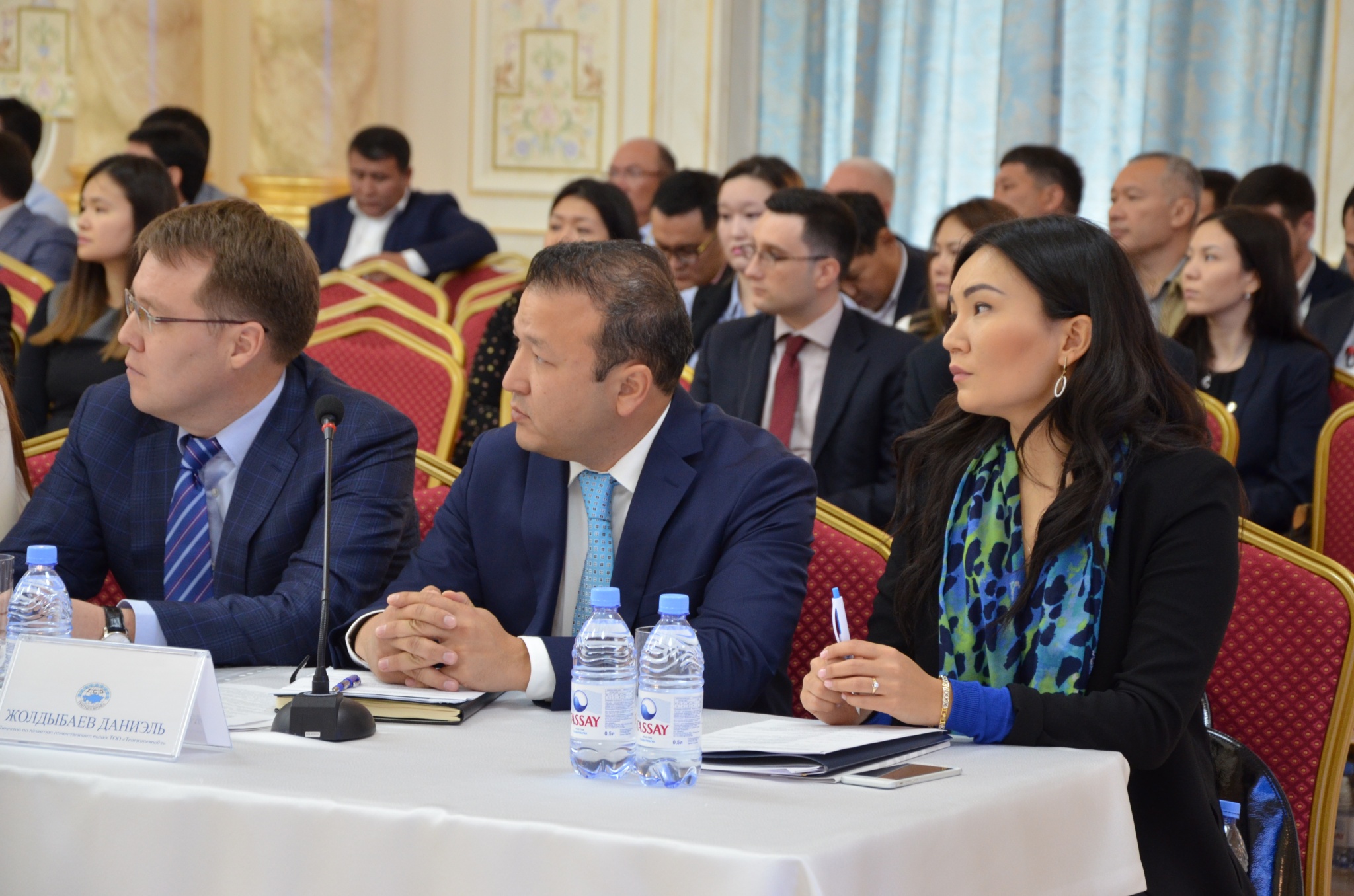