The World Petroleum Congress has started in Houston

5 December 2021
The Congress will last from December 5 to December 9.

World Petroleum Congress (hereinafter - WPC) - a global meeting place for leading players in the global oil and gas industry. This is the most important event in the oil and gas industry, held by the Permanent Council of the World Petroleum Congress. Every three years, thousands of specialists from all over the world gather at this forum to get acquainted with the most modern oil and gas production technologies and methods of managing this business.

The World Petroleum Congress and Exhibition traditionally arouse great interest among the largest companies in the oil and gas industry. This year the main topic of the Congress was "Innovative energy solutions". The organizers offer the participants of the congress and the exhibition an extensive business program consisting of 5 working days and including a discussion of the global strategy for the development of the planet's energy, ways to expand international cooperation in the oil and gas industry, study tours and seminars, business meetings. Exhibition profiles: oil, gas, petrochemicals, modern technologies of oil and gas production, methods of delivery, storage, processing and process management.

Kazakhstan delegation will hold a Ministerial conference at the Congress venue on December 7. The delegation is represented by Murat Zhurebekov, First Vice-Minister of Energy, Dzhambulat Sarsenov, Vice-President of the WPC for Marketing, Deputy Chairman of KAZENERGY Association, Dimash Dossanov, CEO of KazTransOil, Kevin Lyon, CEO of TCO.

Also, the 23rd World Petroleum Congress will host a number of awards for both individuals and industry projects. One of the finalists in the EXCELLENCE AWARDS was Satpayev University in the category "WPCEA for Technological Development" with "SmartTranPro - energy saving during transportation of paraffin oil through pipelines" program. The winners will be announced on the days of the Congress from December 6 to December 9. The purpose of the WPC Excellence Awards (WPCEA) is to highlight companies, institutions or any public or private organizations (not individuals) engaged in the oil and gas industry for promotion or work in accordance with high quality standards. More than 130 nominated projects took part in the contest.

Also, Dr. Daniel Yergin, Pulitzer Prize winner, leading energy expert and author of the book "The New Map: Energy, Climate and the Clash of Nations", Vice Chairman of IHS Markit, will be awarded the Dewhurst Prize for his exceptional contribution to the oil, gas and energy industry with the highest honor of the World Petroleum Council. This award is given for achievements in the field of energy, international politics and economics.
The next World Petroleum Congress is scheduled to be held in Canada in 2025. 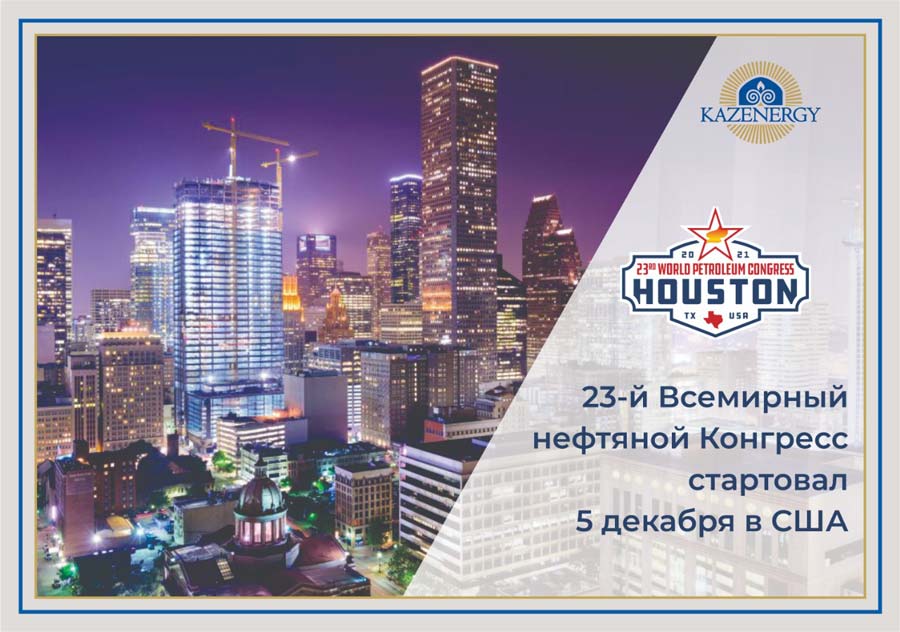 The Dewhurst Award is presented by the President of the WPC to an industry leader who has had an exceptional impact on the global oil and gas and energy industry and has demonstrated extraordinary achievements throughout his life. With these achievements, a person is asked to give a Dewhurst lecture at the World Petroleum Congress. In the nearly 90-year history of WPC, there have been only ten previous winners of the Dewhurst Award.