World Energy Council (WEC)
WEC is the largest international non-governmental organization created on the initiative of the business and energy communities of Great Britain and a number of industrialized countries in Europe and North America.
WEC represents the entire energy spectrum, with more than 3000 member organisations located in over 90 countries and drawn from governments, private and state corporations, academia, NGOs and energy-related stakeholders.

The UN Economic Commission for Europe (UNECE)
UNECE is one of five regional commissions of the United Nation. It was established in 1947 by the UN Economic and Social Council (ECOSOC) for development of economic activity and strengthening of economic relations within the European region and beyond.
56 countries are the UNECE member countries. Kazakhstan became a member of the UNECE on January 31, 1994.

The International Renewable Energy Agency (IRENA)
IRENA was formally established in Bonn (Germany) in January 2009 at the founding conference.
IRENA is an intergovernmental organization with a mission to improve the policy framework for the promotion of renewable energy sources through targeted advice to industrialized and developing countries to assist in increasing the use of renewable energy sources. 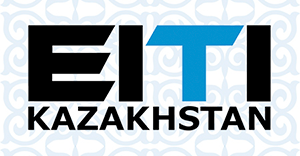 EITI
EITI implementation is carried out in Kazakhstan since 2005 by the initiative of the Head of the State N.A. Nazarbayev.
This project has a high status of international, political and anti-corruption nature and is aimed at the transparency of incomes of the companies and the government in extractive sector available for the population.
The legislation established the commitment of subsoil users to comply with the terms of EITI Memorandum of Understanding and to report on taxes and other payments to the state budget, confirmed in accordance with international standards.

The International Energy Forum (IEF)
IEF was established in 1991. The organization's activities are aimed at developing recommendations for regulating the world energy market. The forum is a platform for the exchange of views on the entire spectrum of interaction between producers and consumers of mineral resources, as well as on ensuring global energy security. 89 countries are members of the IEF.

IHS Markit
IHS Markit is a leading provider of analytical studies and expert assessments in the fields determining the climate of modern business in the world, including in the fields of energy, international politics and economics. Representatives of business circles and governments of more than 140 countries around the world rely on IHS Markit's independent data and flexible methodology for selecting effective solutions and for the rapid development of effective strategies.