On the 17th of April current year KAZENERGY Association, together with IHS Markit, held a webinar on the topic of IHS Markit Short-Term Review of the World Oil Market and Current Prices.

17 April 2020
On the 17th of April current year KAZENERGY Association, together with IHS Markit, held a webinar on the topic of IHS Markit Short-Term Review of the World Oil Market and Current Prices.
The Microsoft Teams web platform brought together participants - members of the Association and interested partners, to whom IHS Markit experts presented an overview of the situation in the energy market taking into account the latest world events related to the COVID-19 pandemic, falling demand for hydrocarbons, OPEC+ solutions, expressed their point of view on the most pressing issues of the current state of the oil and gas sector in relation to the main importers and exporters of oil, including in Kazakhstan, and discussed them with the participants of the webinar.

The deal is not final, and if oil prices fall to even lower levels, it is likely that the parties will take new coordinated decisions.

As a result of these events, IHS Markit experts raised their forecast for the average annual price of Brent crude oil to USD 34 per barrel compared to USD 28 relative to the March report.

At the same time, it is noted that the real problem is the decrease in oil demand and today we are witnessing the most serious global economic decline since the 1930s. Thus, the cessation of economic activity around the world leads to a serious reduction in demand for gasoline, jet fuel and distillates.

In order to realize the commitments made under OPEC+, Kazakhstani oil production should be reduced by ~ 15% from the level of 2019 to 76.1 million tons in 2020 and 73.9 million tons in 2021. At the same time, IHS Markit experts note that market fundamentals and weak demand will force production to fall more than OPEC+ negotiations.
Quarantine measures will especially affect domestic demand for gasoline and jet fuel in the second and third quarters of 2020, and potentially the fourth quarter, depending on the removal of mobility restrictions and the pace of economic recovery.

Regarding exports, it is likely to decline to ~ 59 million tons in 2020, and CPC will remain the main export route.

The moderators of the on-line meeting were Talgat Karashev, Executive Director of KAZENERGY Association and Dena Sholk, IHS Markit representative in Kazakhstan.

Despite the new format of communication, by all accounts, the conversation was informative.
Both speakers and webinar participants expressed their desire to hold a number of meetings to discuss other important issues in the energy sector.

Reference:
IHS Markit is a leading provider of analytical research and expert assessments in areas that determine the climate of modern business in the world, including in the field of energy, international politics and economics. Representatives of business and government from more than 140 countries rely on independent data and IHS Markit’s flexible methodology in choosing effective solutions and in terms of prompt developing effective strategies.

IHS Markit was formed as a result of the merger of IHS and Markit, which was completed on July 12, 2016. According to experts, the company is worth $ 13 billion. In November 2016, a representative office was opened in Astana.

List of IHS Markit clients include:
• 24 of the 25 largest oil companies in the world; 10 largest car manufacturers; 47 of the 50 largest corporations in the world; over 75% of Global Fortune 500 companies; all major global depositories; all G20 governments; all global investment banks and major hedge funds.

In the oil, gas and energy sectors, IHS Markit offers:

Executive Directorate:
The Chairman and CEO of IHS Markit is Lance Uggla, and the Vice Chairman is Daniel Yergin.
IHS Markit is the main co-founder and organizer of the annual CERA Week conferences, which has established itself as the main event - a meeting of industry leaders and government officials, with an agenda of the main strategic issues facing the global energy industry.

In 2014-2020, KAZENERGY Association together with IHS Markit prepared 4 (four) issues of the KAZENERGY 2015 National Energy Report (hereinafter referred to as the NER). The report gives a comprehensive picture of the situation and development prospects of the basic sectors of the Kazakhstan economy in the aggregate of the country's fuel and energy complex. The report also assesses Kazakhstan’s potential in using renewable energy sources, implementing “green initiatives”, and reducing the energy and resource intensity of the economy.

In effect, the KAZENERGY National Energy Report was widely appreciated and became in demand not only among the industry community, but also among the public sector, on the basis of which the state energy policy of recent years was formed.

In 2019, within the framework of Kazakhstan Energy Week, the presentation of the fourth issue of the National Energy Report, prepared jointly with IHS Markit, was held.

The competence and independence of the opinions presented in the Report made it interesting not only for the general public, but also useful in constructing the state energy policy. Work in this direction will be continued. 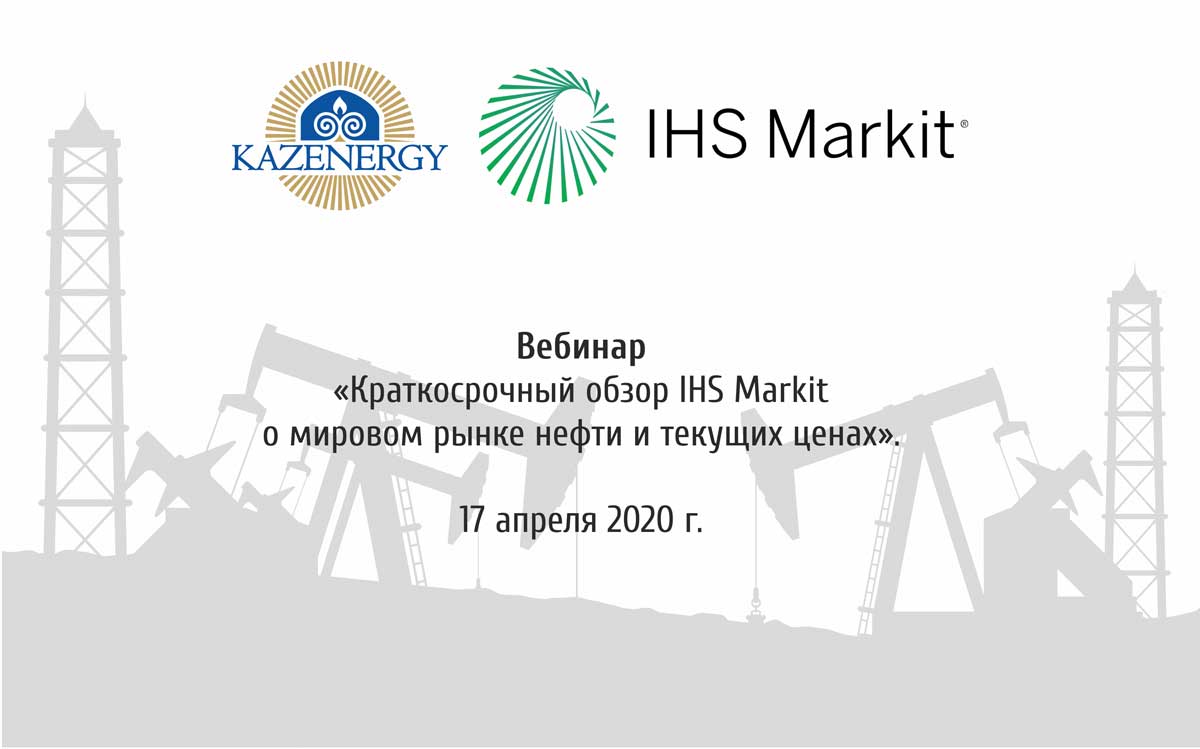