The organizer of this session was the National Committee of Kazakhstan, headed by Timur Kulibayev, Chairman of KAZENERGY Association. The KMM is represented by: Dzhambulat Sarsenov, Deputy Chairman of KAZENERGY Association, Dimash Dossanov, CEO of KazTransOil, Kevin Lyon, CEO of TCO.
During the conference, representatives of Kazakhstan delegation raised such issues as ensuring the energy transition, decarbonization, development of energy security, technologies, new production indicators at the fields and prospects for international cooperation.
The conference was moderated by Bob Freikland, Chief Analyst for Exploration and Production at IHS Markit. The conference was opened byMurat Zhurebekov, First Vice Minister of Energy of the Republic of Kazakhstan with the topic "Strategy and prospects for the development of the oil and gas industry of Kazakhstan". In his welcoming speech, the Vice Minister spoke about potential areas in the energy sector of Kazakhstan for the development of cooperation.

It was noted that "by 2030, Kazakhstan plans to reach the level of more than 2 million barrels per day or more than 100 million tons of oil per year ... and annual gas production will reach about 85 billion m3 and about 15% of renewable energy sources in total electricity generation."
Zhurebekov also stressed that the Government of Kazakhstan actively supports and creates all conditions for increasing investment attractiveness by carrying out serious reforms in the legislative framework.
Dimash Dossanov, General Director of KazTransOil, spoke about the development of export and transit potential for oil transportation of the Republic of Kazakhstan. The Speaker noted that the national operator of the Republic of Kazakhstan on the trunk oil pipeline sets its main task by 2030 to strive for sustainable development, ensuring the safety of production activities, environmental protection, and management of production assets.

In his speech , he spoke about the prospects and innovations in TengizchevroilKevin Lyon, CEO of TCO. "TCO has made tremendous progress in the field of digital transformation. I am delighted with the possibilities of digital solutions that we have already launched. It is obvious that digitalization has been and remains a key factor contributing to the development of our business. 2020 was a watershed moment when we fully integrated digitalization into our operating model. Now digital capabilities are aligned by linking to performance results, which ensures that the right priorities are identified and the best results are obtained through competition in productivity."
Bob Freikland, Chief Analyst for Exploration and Production at IHS Markit, made a report on the development of the oil and gas industry in Kazakhstan in a global context, and also informed about the main conclusions of the National Energy Report-2021, prepared by IHS Markit jointly with KAZENERY Association.

The session aroused great interest from the heads of ministries, international oil and gas organizations, participants of the national committees of the World Petroleum Council, and experts.
The National Committee of the WPC of Kazakhstan last participated in the XXII Congress in 2017, which was held in Istanbul. In general, Kazakhstan participated in the work of the XIX, XX, XXI Congresses. Within the framework of these Congresses, sessions dedicated to Kazakhstan were held, as well as special exhibition stands were presented. 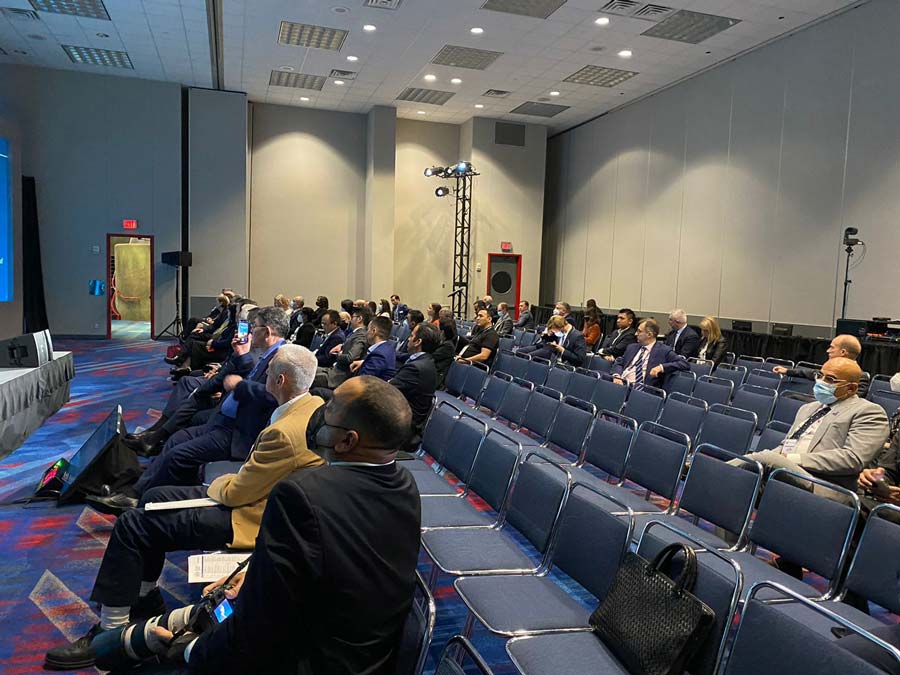 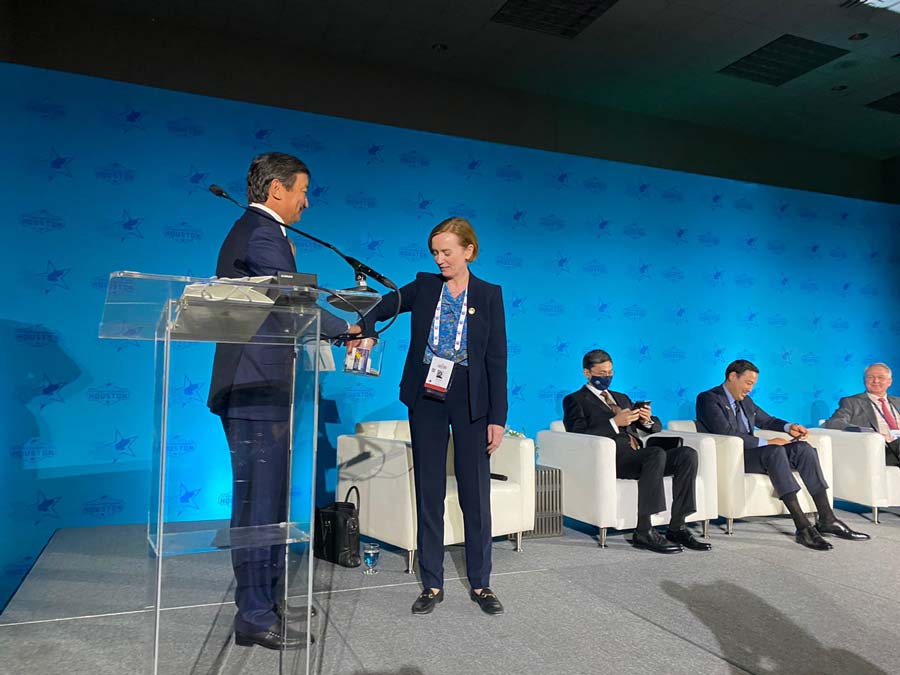 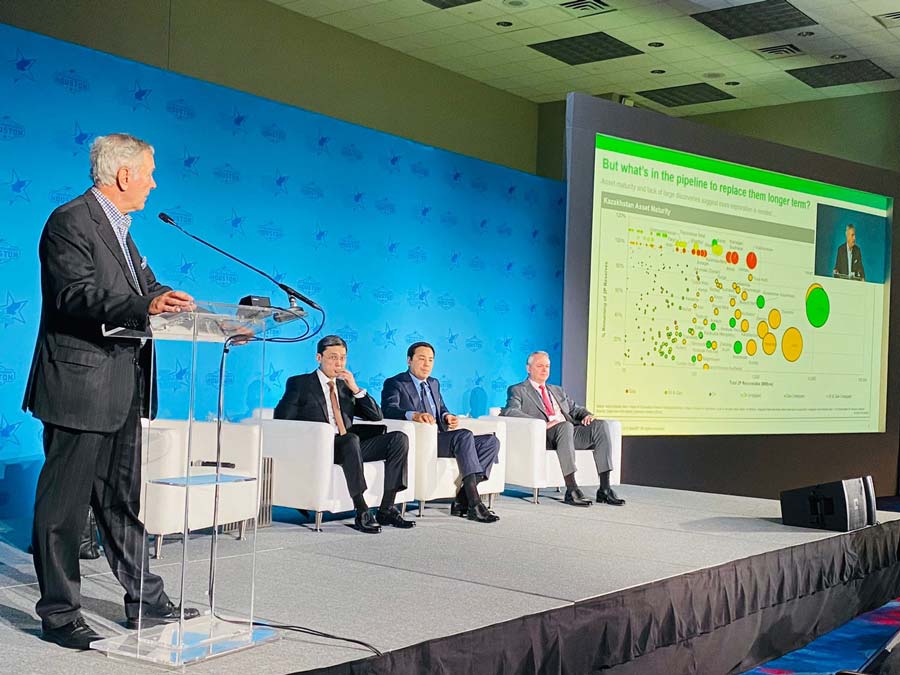