20 November 2017
The President of Hungary János ÁDER awarded the honorary consul of Hungary, co-chairman of the Kazakh-Hungarian Business Council, Deputy Chairman of KAZENERGY Association Jambulat SARSENOV with the “Knight’s Cross” Order of Merit for the high appreciation of his merits in development of economic and trade relations between Hungary and Kazakhstan, promotion of Hungarian business interests as well as in maintaining of the cultural and historical relationships.

During the solemn ceremony at the Consulate General of Hungary in Almaty, Dr. Andras BARANI, Ambassador Extraordinary and Plenipotentiary of Hungary to the Republic of Kazakhstan, presented the Order to J.SARSENOV on behalf of the President of Hungary.

“Knight’s Cross” Order of Merit is the highest state award originally belonging to the Hungarian Kingdom (in 1922-1944), and then to Hungary since 1991, presented for state and military merits. 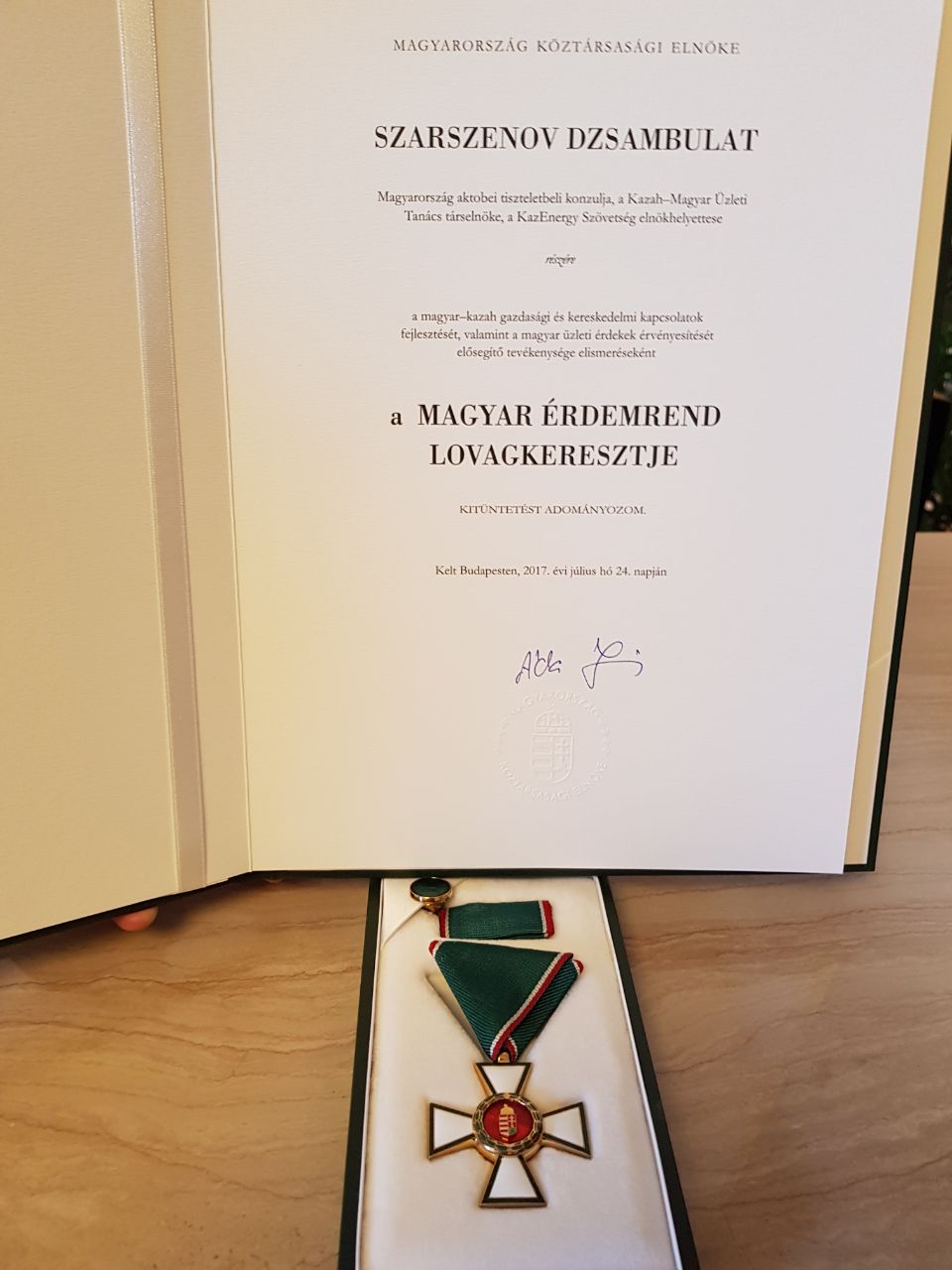 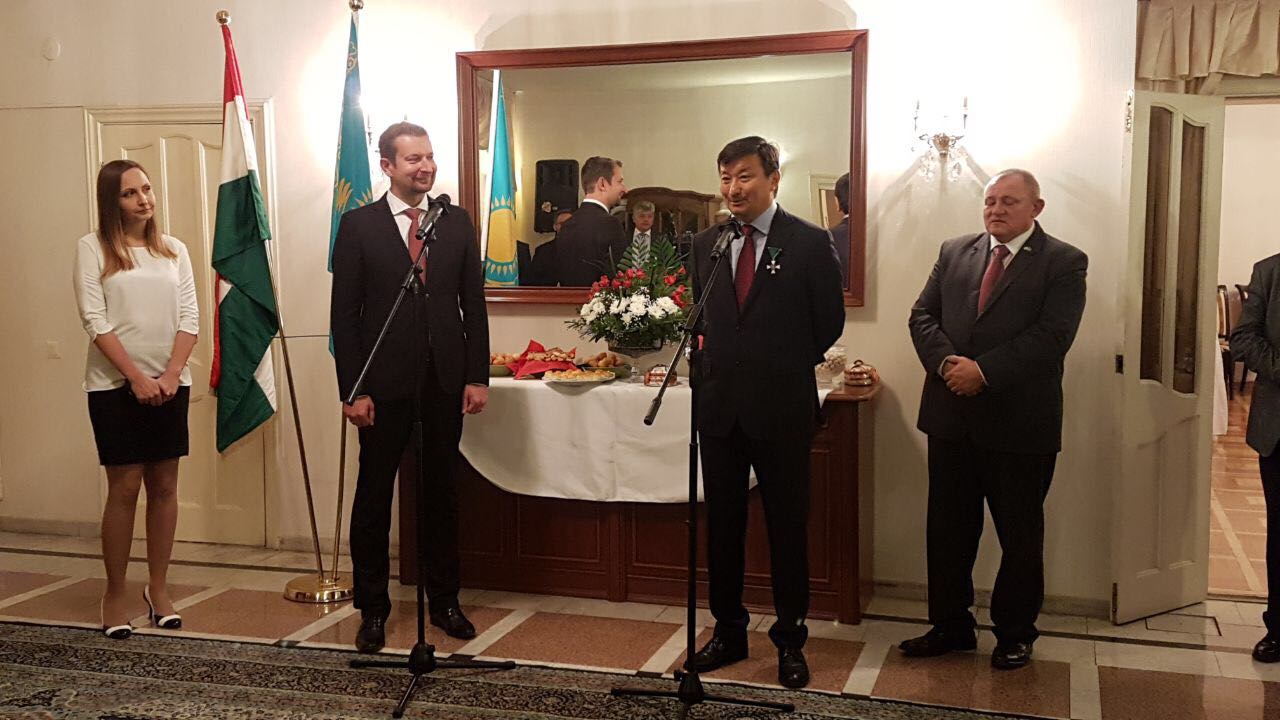 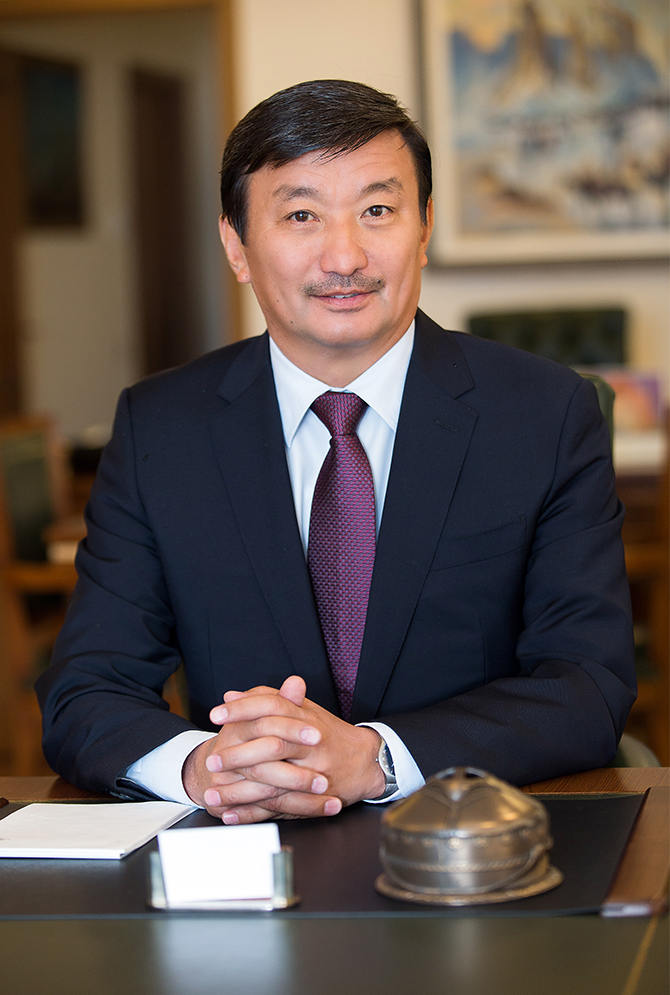