The event was organized by KAZENERGY Association and Shell Kazakhstan. 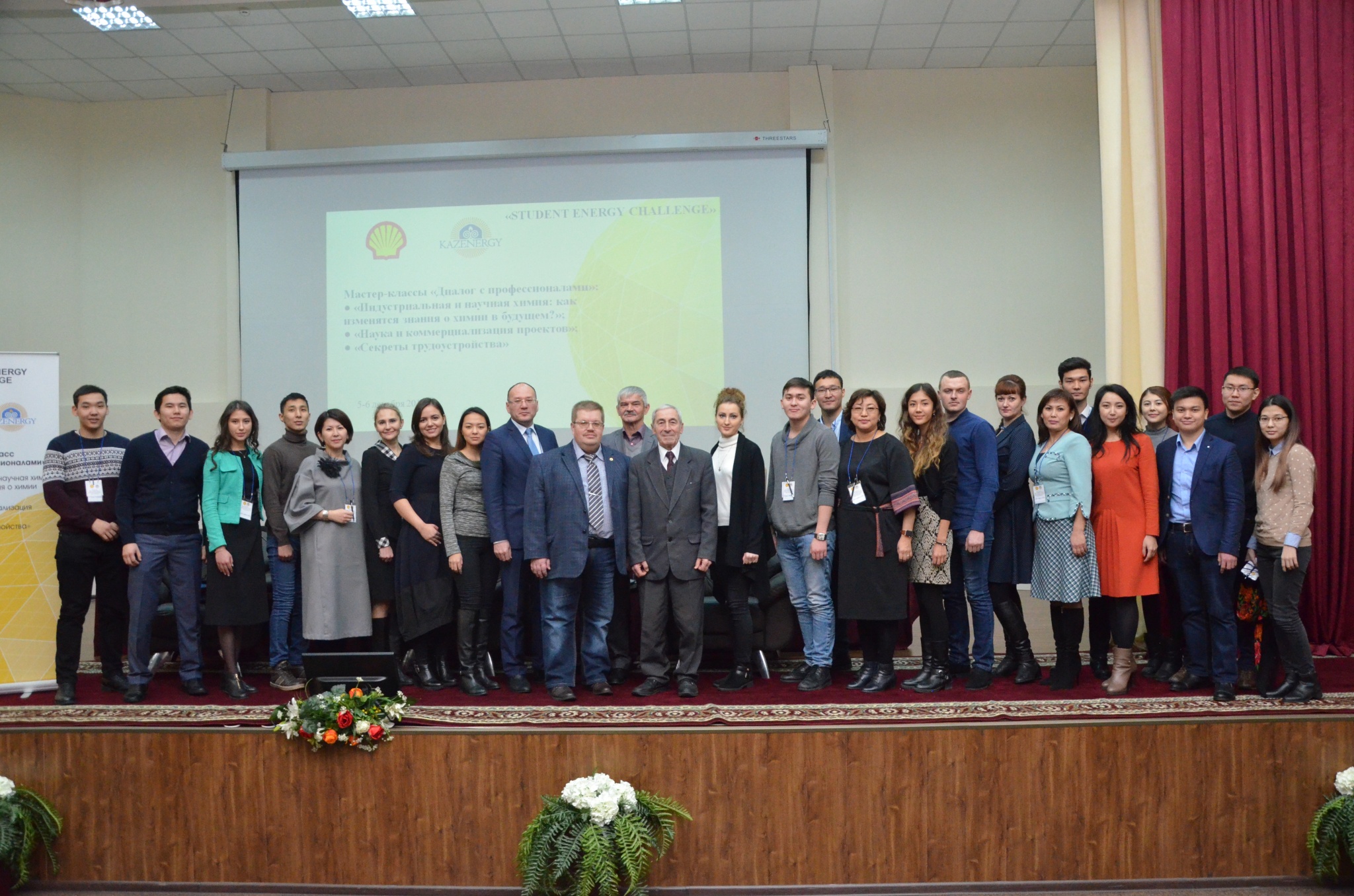 Several Russian chemists were invited to speak at the workshop, such as the Doctor of Chemistry and Chief Research Fellow of the Chemical Current Source Processes Laboratory of the A.N.Frumkin Institute of Physical Chemistry and Electrochemistry at the Russian Academy of Sciences, 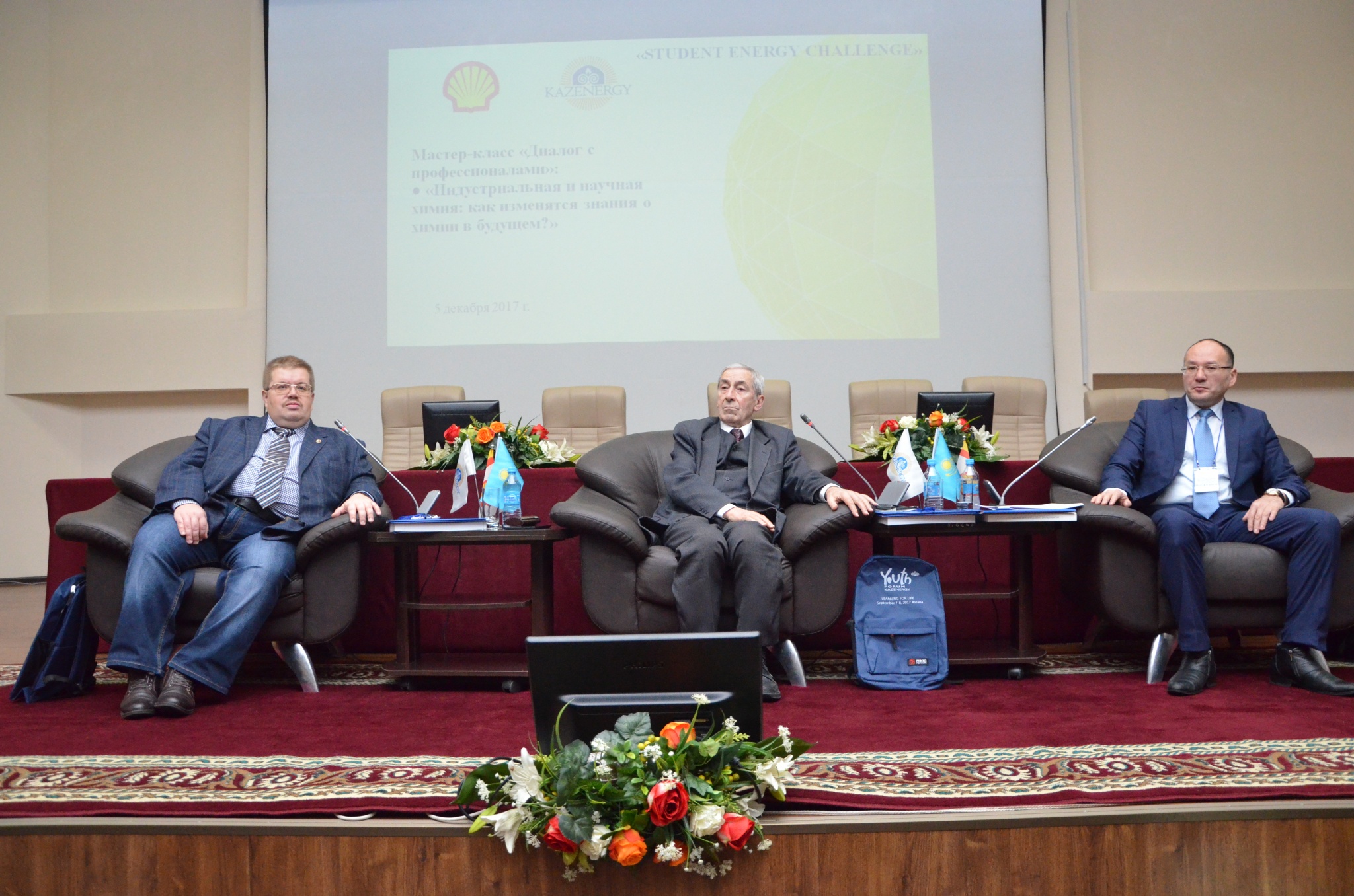 The session was moderated by the Doctor of Chemistry, Associate Professor and Dean of the Faculty of Chemistry and Chemical Technology at the Al-Farabi Kazakh National University Ongarbayev Erdos. 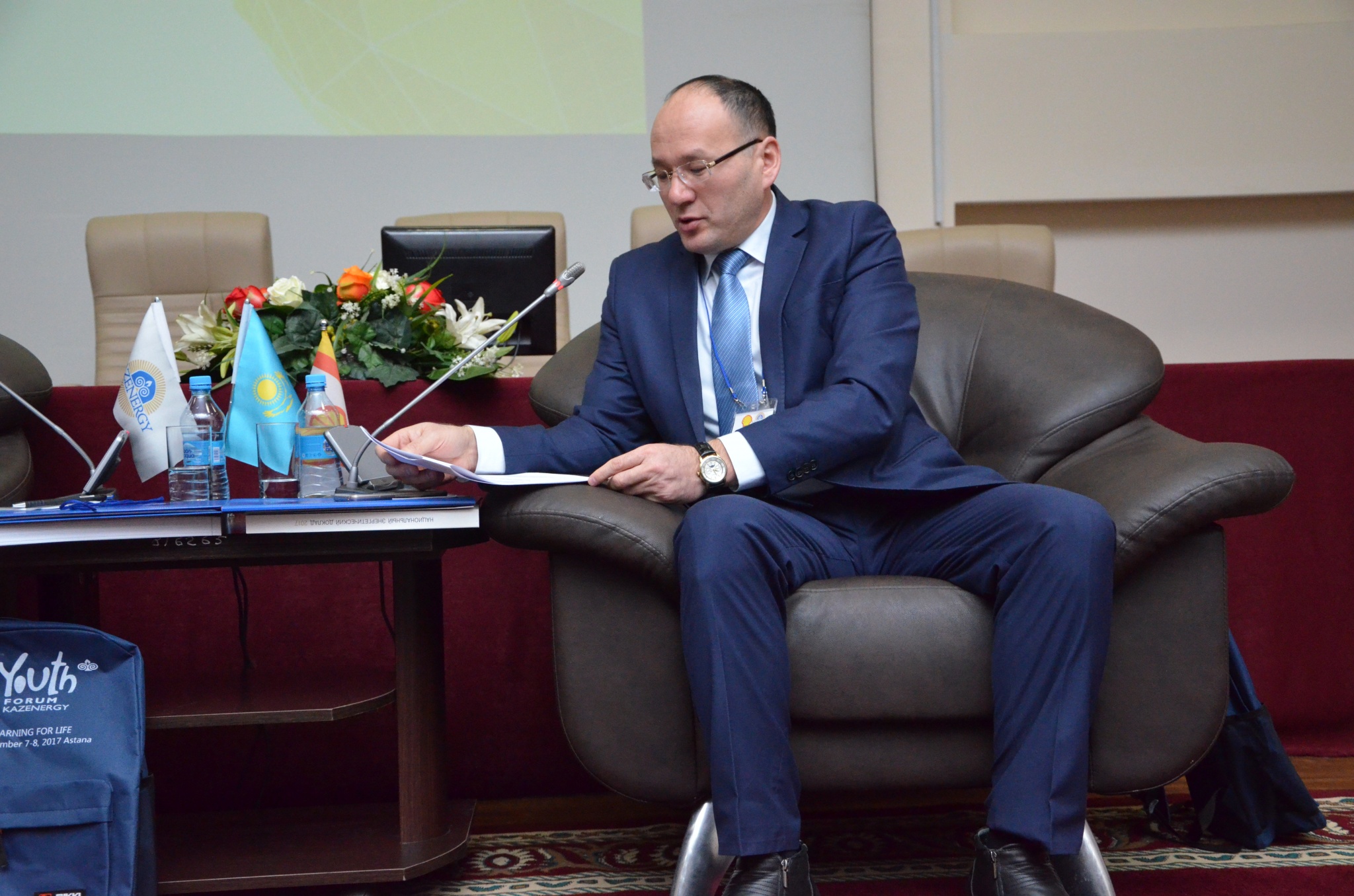 The participants of the master class had an interesting and informative dialogue, as the speakers shared their success stories, told about their interest in chemistry and where it came from and about their first steps in experimental and theoretical chemistry. In their speeches, they stressed the importance of developing natural sciences in modern education and of science in general and told how to find time for rest and science in a 24-hour day.

The participants also had time to ask questions. In particular, students wanted to know what contribution chemists can make to solving global environmental problems related to the intensification of natural resources development; what projects students or young scientists should do today to be in the forefront of the chemical industry development; what are the scales and causes of the young scientists outflow from the CIS countries, what measures should be taken to prevent brain drain, and etc.

Konstantin Zhizhin noted in his speech that the event was useful not only for students, but also for invited experts, as they could learn about the interests and urgent issues of young people in science.

As Alexander Skundin noted, "Chemistry is an experimental science and, to a large extent, it is not only an exact science, but also a kind of art. While working on lithium-ion batteries recently, I have been convinced many times that there are a lot of materials, the composition of which is described and known, but some can make them, while others cannot. My advice to young scientists is that "every chemist, being a good experimentalist with "chemical hands" should constantly improve, broaden the horizons and be well-educated, then they will see prospects for development in their focus area of science."

After the master class, the speakers had a working meeting with the heads of the Al-Farabi KazNU departments, and the guests were shown the laboratories of the faculty of chemistry and the Center for Physical and Chemical Methods of Research and Analysis at the Al-Farabi KazNU. The participants also noted the need to join the efforts of scientists in the development of science and strengthen mutual scientific ties.

This year was marked by a pilot intellectual contest "Student Energy Challenge" aimed at involving students from Kazakhstan’s technical universities in development of creative and innovative ideas in future energy and timed to the international exhibition Expo-2017, held as part of the IX KAZENERGY Youth Forum (the activities of KAZENERGY Association in development of human capital) and the social investment program of Shell Kazakhstan in STEM (science, technology, engineering and mathematics).

The winners received 10,000, 5,000 and 3,000 Euros respectively from Shell Kazakhstan. Conducting the "Dialogue with professionals" master classes at the higher educational institution of the winning team was an additional bonus from the organizers.

The master classes include meetings with famous scientists and experts with many years of experience in three areas, such as industrial and scientific chemistry, science and commercialization of projects and employment know-hows.

Program for 6.12.2017
5 May 2020 Study on the role of women in Kazakhstan’s energy sector
17 April 2020 On the 17th of April current year KAZENERGY Association, together with IHS Marki...
17 April 2020 KAZENERGY Women Energy Club launches the Digital Mentoring project.
18 March 2020 Announcement on extending the deadline for submission of applications to the Stu...
Сomment